'Natalia' is the name given to the Nod clone 'Experiment X-O9Q', who was made using the DNA of Vladmir Llehctim and Elizabeth Ilene. She was discovered by Hellcat Squadran, rescued, and taken in as a 'surrogate' younger sister to Leinad Llehctim.

In 2300, Natalia ascended in terms of power into "Eternity's Sentinel", a position in a rank of powerful beings called The Guardians, essentially turning Natalia into the being maintaining and stabilizing Space-Time. This, however, results in her being unable to continuously visit her friends, but does put her in a position to, so far as she doesn't abuse her power, defend them in dire straits.

Natalia was created by the Brotherhood of NOD on March 29th, 2000 using DNA retrieved from the dead bodies of Vladmir and Elizabeth Llehctim. For the first 6 years of her life, Nod kept her in a Clone Growth Tank, artificially injecting just enough nutrients into her for her to survive. They also implanted into her mind a lot of information, ranging from basic social skills to advanced military tactics. However, the primary reason they created her was both IceBite and his older sister Adriana. Nod determined that any offspring of Vladmir and Elizabeth will obtain some form of supernatural or elemental power, and they intended on using her abilities when they eventually developed. The Brotherhood of Nod intended on brainwashing her for their purposes when she reached 6 years of age, but Hellcat Squadran, as usual, interfered.

In 2006, Hellcat Squadran finally managed to crack down on most of Nod's early VBY-2839 Research Labs. They arrived at the final lab, where they discovered Natalia. With the help of Rtas 'Vadum and May, the latter just returning from the lab's lower levels to steal Nod's final sample of VBY-2836, they got the girl on their Pelican and returned her to Kaven Base. There they discovered that Nod took a leaflet from Jurassic Park's InGen's book and made Natalia lysine deficient, something Quel 'Zeelom fixed. He also had to treat her for brittle bone structure, insignificant muscle mass (she wouldn't be able to move her own limbs), and malnutrition. She woke up days later, at which point IceBite gave her the name 'Natalia', as she initially had no name. A few more days later, she (with a lot of difficulty) left the med-lab with IceBite, who took her to the mess hall to get something to eat. At this point, it became apparent to several individuals, notably Derek Sanders and Thel 'Vadam, that IceBite was acting unusually around the young girl. This was later explained to be an over-protective, older-brotherly part of IceBite beginning to take affect. A few days later, Nod Shadows attacked the base, in their first, but not only, attempt to retrieve Natalia, but the attempt was ultimately foiled by Natalia herself, when her powers over Molecular Agitation, as well as her 'Power Overload', manifested.

Relationships with other individuals[edit | edit source]

She tends to be very curious and inquisitive, but hugely logical. She is also immune to flirting and can eloquently express her ideas.

Her primary demeanor, to most people, was that of cold logic. Members of the United Federation of Planets described her as 'Vulcan-Like'. However, she is much warmer to individuals closer to her, like her 'brother' IceBite. Her personality warmed up durign her journey, relying less on logic and more on faith and trust.

The only quirk about her, though, is her sadistic sense of humor, a trait IceBite blames on her creators. She'll sometimes set people who annoy her on fire with Black Fire (not enough to REALLY hurt them, just enough and long enough to get her point across). During her journey, however, she seemed to grow out of this.

After becoming "Eternity's Sentinel", Natalia was much more patient, but was also warmer, even to those that, before, she hated.

Natalia had access to multiple powersets, the most out of anyone else in the universe. She could not use more than 3 power sets at a time (not including her 'Power Overload', but the number she could actually learn is limitless. While she is now "Eternity's Sentinel" and can therefore bypass this limitation, she prefers to still act under it. Here are the powers she possesses:

Molecular Agitation is the manipulation of Atoms and Molecules, as well as their bonds. With Molecular Agitation, Natalia can manipulate the make-up of Atoms, thus changing their element by 2 Atomic Numbers. She can also disrupt the bonds between atoms and make objects, even enemies, fall apart molecularly and disintegrate. She can even phase things, including herself, through solid matter and even cause cataclysmic failures in the forces of atoms, triggering micro-Nuclear explosions.

Natalia's Black Fire Powers are similar to standard Fire Powers, except the flames are black, purple, and green, rather than orange, yellow, and blue. This makes her flames hard to see in the dark, making effective campfires for when she's in the wilderness, but doesn't want to be detected.

In mid-late 2011, Natalia's Power Overload suddenly manifests powers over Time, commonly considered a 'Legendary Element'. These Powers allow her to slow Time around her, preceived by others as her going much faster than physically possible. She can also generate 'Time Distortion Bursts', ruptures in Space/Time that damage anything surrounding them. She can even accelerate Time for an object, aging them extremely quickly.

Eventually, her Time Powers manifested into her own Elemental Form: the Temporos Draekon. Contact with it ages what contacts it to dust. Even the air is old and stale around it. However, devices can be made to reverse the effect, thus allowing damage to be inflicted to powerful demons. Soon, during her journey beginning in 2171, she discovered how to boost it into the Temporos Hydran. Even later, she utilized her Chaos Powers in conjunction with the Temporos Hydran and created the Chaos Temporos Hydran.

She can also utilize a special ability called 'Power Overload', which tends to only activate during times of extreme stress or strong emotion. When it is active, though, she has the power to eliminate entire starships. However, when she uses Power Overload, the aftermath usually leaves her extremely exhausted, causing her to faint. She also has no recollection of the events that occur during Power Overload.

After she was rescued by IceBite, May, Vaan, and Penelo in 2011, IceBite's ship, the HCS Salvation's Light, was attacked by a fleet of Borg Cubes. At that moment, due to extreme fear, her 'Power Overload' activated, which caused her to destroy 5 of the cubes (3 due to Temporal Distortion Bursts within their reactors, 2 to being accelerated through time and reduced to dust). 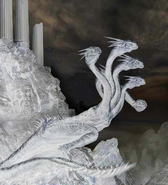 Chaos Temporos Hydran
Add a photo to this gallery

Natalia wielded several weapons. The 2 most common types were her Laser Pistols and Railgun Carbine.

Natalia's Laser Pistols were designed cooperatively by Natalia and Selen. They sport a blade hidden just under the barrel.

Natalia's Railgun Carbine was designed cooperatively by Natalia and IceBite.

Natalia's Railgun Carbine
Add a photo to this gallery

In the Doom-Verse, Natalia took over Hellcat Squadran when she and ODST Grievous were forced to watch IceBite, Adriana, and Fast Saber be obliterated by the Maledict, and then when she out-witted Grievous into making her leader. She had proved herself so far, rallying Ashe's, Thel's, and Martok's remaining forces against the Demonic Threat. In this universe, she kept aging past 10 and up until she turned 16. Doom-Verse Natalia not only has the powers of Prime Universe Natalia, but also IceBite's Ectoplasmic and Elemental Powers, as well as the powers utilized by Adriana, Fast Saber, Jerdak, Basch, Balthier, Fran, Tory, and Dawn, all of whom died in this universe (as in their Doom-Verse Variants are dead here). She can also now manually activate Power Overload at will and without the side effects Prime Universe Natalia faces. The only one of Prime Universe Natalia's powers Doom-Verse Natalia doesn't inherit is Prime Universe Natalia's Temporos Draekon Form. With her level of power, and the immortality granted by her advanced power over Time, this Natalia has become known as 'the Eternal Warrior'. 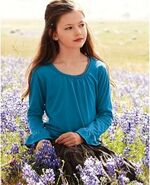 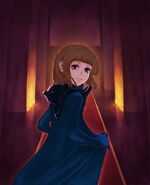 Advent-Verse Natalia (age: 9)
Add a photo to this gallery

Template:Hellcat NEEDS TO BE REWORKED

Retrieved from "https://hellcat.fandom.com/wiki/Natalia_Llehctim?oldid=23483"
Community content is available under CC-BY-SA unless otherwise noted.